A software company developed a product for a client according to its instructions, but the client demands compensation on the grounds that the software company did not reveal to it, before commencement of development, that there are competitors in the market. Sounds puzzling? These are exactly the facts of a case in which our firm represents such software company these days. Even inexperienced business man know that knowledge is power. Do we really have to disclose everything to the other side? Moreover, is a party to negotiation obligated to protect the other party from itself?
Israeli law requires that in negotiations towards signing a contract, one must act “in a proper way and in good faith,” and defines a “misrepresentation” as a case in which facts were concealed, while such had to have been disclosed under law, practice or in under the circumstances. Misrepresentation may be by act – by providing a false statement – but sometimes also by default, by not making a certain disclosure. Thus, relying on representations and warranties given by a party to negotiations, which in retrospect turn out to be incorrect may be grounds for claims (such as fraud and negligence) and in the contractual aspect may be considered as fraud in the inducement that may justify cancellation of the contract and even be considered as a breach of one’s duty to conduct negotiations in good faith and grounds for compensation.
For example, in an August 2019 case, the Netanya Court held that an apartment seller who did not disclose to the purchaser during negotiations that there are hidden defects in the apartment, although the seller was well aware of such, breach the duty to disclose, even if the agreement expressly stated that the purchaser purchased the apartment on AS IS terms and waives any claim of incompatibility or defect in the apartment. The Court made it clear that when a defect was known, or should have been known, to the seller, it is irrelevant that the seller believed the defect to be immaterial or that the purchaser could have discovered the defect on its own. However, in another case, the Court rejected the purchasers’ contention of breach of the duty to disclose by seller not disclosing that a transformers room in the building is located under the apartment. The Court held that the purchasers could easily have identified the location of the transformers room and all they needed to do to not be negligent and check.
But what about the software company that developed a product for the customer that the competitors already had, as contended by the customer? If the customer was aware of the fact that the idea is not original and that there are competitors in the industry with the same concept, why is it necessary for the software company to protect the customer from itself? Prima facie, in the absence of special relationship (e.g. Bank, insurance agent or attorney-client), there seems to be no such duty of disclosure. When it comes to special relationship between a service provider and a customer, sometimes the service provider is expected to warn the client about the risks it takes or transactions that constitute a “financial suicide.” However, even in such special cases there is no absolute obligation to give a heads-up. Thus, for example, in a given by the District Court of Be’er Sheva in September 2018, a mother filed a claim against a bank for allowing her son, who was also an owner of the account, to perform actions in the account and lose millions. Despite its increased obligations, it was held that the bank is not a guardian of its customers and it can not, nor is it its role, be expected to act as an economic advisor to its customers or to assess whether a detailed directive received from a client is expected to result for the customer in a profit or a loss.
The extent of the information to be disclosed by each side to the negotiation varies depending on the type of transaction and the circumstances. Usually, it is worthwhile to act according to a guiding rule that states that where there is a doubt, there is no doubt – so if there is a chance that information should be disclosed and there is no prevention to its disclosure, it is advisable to give as complete and correct disclosure as possible. However, it should be remembered that there is no demand to adopt an unreasonably high moral standard and it is advisable to be accompanied by a lawyer with experience in the field of contracts and the commercial field to understand the recommended scope of the duty to disclose and to draft appropriate reservations as far as representations and warranties that one party does not, or should not, know about. 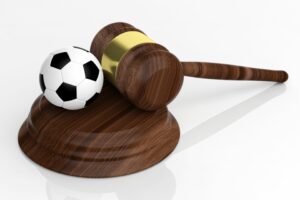