An Israeli Court may not prevent dismissal of an employee by a foreign country but may discuss compensation of such employee
International Transactions and Dispute Resolution
A cook at the French consulate in Jerusalem contended against his employment and dismissal but the French Republic argued that Israeli Labor Court does not have jurisdiction against it.

On Wilhelm Tell, Bibi and Contractual Legal Certainty in Israel
Commercial, Banking and Financial
On April 6, 1995, one of the most famous murder cases took place in Israel and would occupy the Israeli courts, scholars and the legislature for the ensuing decades - the Supreme Court gave the verdict in the Apropim case,(1) thus murdering, some say, the contractual legal certainty in Israel.

When a party misunderstood the contract it may in some cases still be terminated even if it was not breached by the other party or fraudulently induced
Commercial, Banking and Financial
A franchisee signed a contract with a coffee shops chain to operate a franchise.

A decision to change the rights of a class of shares without a legitimate business rationale behind it may be oppressing
Business, Corporate and Joint Ventures
In a company that owns real estate, it was set already in 1973 that the share capital is divided into ordinary shares and redemption shares, with the ordinary shares entitled to dividends and the redemption shares being the only ones with a right to vote and forfeiting their rights if they are redeemed or transferred, including upon the demise of the shareholder.

Even if an arbitration clause as to shareholders disputes exists a dispute as to the behavior of the company is not part of such
Business, Corporate and Joint Ventures
A shareholders agreement in a company managing an event complex established an arbitration mechanism for disputes between the parties and a valuation mechanism in case one of the parties wishes to purchase the other party's shares in accordance with its right under the same agreement.

Financial package to business due to the Covid19 Crisis: three-month city tax exemption
Taxation and Government Incentives and Funding
Due to the crisis created by the Corona Virus and the need to provide financial assistance to businesses, regulations were promulgated to provide for a 100% discount on business city tax for the period from 01.

Financial package to business due to the Covid19 Crisis: three-month city tax exemption 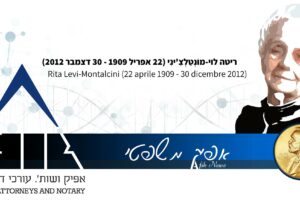 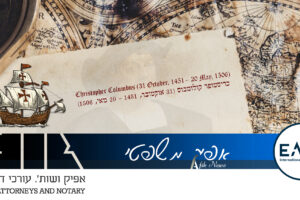