A contract that repeats a previous contract and may stand by itself may be deemed replacing the previous contract and not an addendum
Commercial, Banking and Financial
A couple bought from a contractor an apartment that had not yet been built as part of the TAMA 38 project and was to be delivered after a year. After three months, a new contract was executed regarding the purchase and the new contract stipulated that it replaces the previous one. A third contract was […]

An Israeli Court will not honor a foreign Court disclosure order unless under Israeli law such order could have been granted
International Transactions and Dispute Resolution
A Canadian company was sued in Ontario, Canada, for CAD 450 million and filed a counterclaim of CAD 550 million against ten entities, including an Israeli company engaged in providing business and industrial intelligence services, for which it was alleged that it was involved in business espionage. After the Israeli company entered liquidation, the Canadian […]

Advertising on Facebook of a benefit to a particular audience does not constitute discrimination
Commercial, Banking and Financial
The Segev Express restaurant in Rishon Letzion launched a Facebook campaign about a sale on the eve of the Russia v. Spain soccer World Cup, under which a women only table will win free cocktails. A group of men who did not receive the benefit claimed discrimination on the basis of gender. The Supreme Court […]

Choosing a winner of a tender based on criteria that were not part of the tender is overstepping authority and violates the principle of equality between bidders
Public Law, Environment and Tenders
A local authority that requested bids for security services in a competitive procedure selected a wining bid despite the existence of another bid that was cheaper. The financial difference between the two bids was negligible and stood at only ILS 91 (a 0.22 permil difference), so the authority decided to summon the bidders for a […]

The determining registry of a company’s shareholders is the one hold at the company and not that at the Corporate Registrar
Mergers and Acquisitions
As part of an investment agreement in a tourism venture, that include an event venue, tents area, a restaurant and a biblical village, it was set that the investor will transfer funds against shares. The company did not record the shares, contending that criminal investigation against the investor prevents this and the investor terminated the […]

The envelopes method is the preferable mechanism when shareholders are separating willingly and neither party was oppressed
Business, Corporate and Joint Ventures
Two shareholders holding equal shares in a company have reached a conflict and a general loss of trust which necessitates the separation of the parties’ partnership in the company. The parties agreed to separate but disagreed about the separation mechanism. The Court held that the parties are to dissolve the partnership through a bidding process […]

Copyrights coming out of the drawer
Copyright, Media and Artists
The process of getting a creative work our of the drawer and published is a very important part of realizing its potential. However, along with the understandable desire of the creator to maximize the work’s potential (after all, what good is an idea for a script or an app if such remain known only to […] 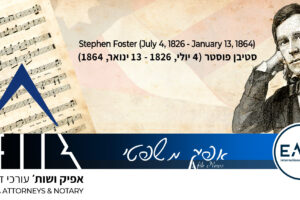 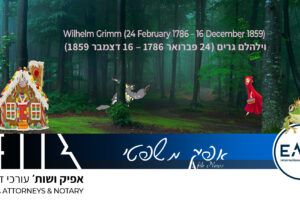