New Labour law regulations of Macron’s government: overview of the most emblematic and challenged provisions
The five ordinances n° 2017-1387 of 09/22/2017 of Macron’s government reforming the French Labour Code were
published on 23 September 2017.
Some of the voted measures immediately came into force but others require preliminary enforcement decrees announced by the end of the current year. By 1st January 2018 the entire reform should be applicable.

Disappearance of the classic dismissal letter and introduction of an option to revise it after its notification:

– It will be replaced by a standard document (Cerfa form);

– The grounds of the dismissal set forth in the letter can be completed after its notification at the employer’s initiative or at the employee’s request;

– The grievance related to the lack of motivation of the dismissal will only give rise to a compensation for procedural breach amounting to 1 month’s salary at most.

It will be only compensated by damages to the dismissed employee up to 1 month’s salary at most.

The minimum compensation is set at 3 month’s gross salary for employees having at least 2 years of seniority in companies of at least 11 employees.

The maximum compensation is set at 20 month’s gross salary for employees having at least 30 years of seniority.

Furthermore, the judge is still entitled to mitigate the damages granted further to the scale set for the dismissal allowance.

Setting of a minimum threshold for damages granted in case of a null dismissal (violation of a fundamental right or a specific protection, harassment or discrimination)

The compensation is set at a minimum of 6 month’s gross salary (without prejudice of the employee’s severance payment).

– breach of the legal rehiring priority in case of economic dismissal (at least 1 month’s salary instead of 2);

– nullity of the economic dismissal in the presence of a Safeguard Employment Plan (minimum 6 months’ s salary instead of 12);

– failure to reintegrate the employee victim of a professional accident or an occupational disease, or breach of the reclassification obligation in case of incapacity (at least 6 months’ s salary instead of 12).

¢ Provisions already in force and applicable to dismissals notified since the ordinance’s publication (see revised articles L 1234-9, 1235- and following of the French Labour Code).

The economic grounds of the dismissal are now to be appreciated on a national scale as well as the reclassification obligation (excluding fraud).
End of the employer’s obligations to reclassify the dismissed employee abroad when the company belongs to an international group.

¢ The enforcement Decree is expected by the end of the current year (see new article L 1237-19 and followings of the French Labour Code).

Reform of the organization of work

It can be set up in the company further to a collective agreement or in an internal charter drafted by the employer.

Occasional home-based working is now possible further to a simple agreement between the employer and the employee without any particular formality.

The agreement will set out the practical conditions of this (total duration of the contract, possible renewal, mandatory waiting time between 2 contracts etc.…).

The CSE will be set up in each company or at a higher level in the economic and social unit or at the intercompany level.

The members of the CSE would be elected for 4 years and would be limited to 3 successive terms of office (except for companies having less than 50 employees).

NB: A transitional period is provided to enable companies to align their structure and the CSE will only be set up after the end of the current term of office of the elected employee’s representatives (no later than 31st December 2019)

Reform of the collective negotiation

The right to collective negotiation is extended to all companies having less than 50 employees (basically, the employer will be able to directly negotiate with the employees).
Companies having less than 20 employees will be able to negotiate with an unelected employee not properly mandated by a trade union. In companies having between 20 and 50 employees, the negotiation will be possible with an elected non- mandated employee.
¢ The enforcement Decree is expected by the end of the current year
Creation of the term Company’s Agreement (referred to as “convention d’entreprise” in French) to replace the former terms of corporate agreement or institution’s agreement (referred to as “accord d’entreprise/ “d’établissement” in French) unless otherwise specified. 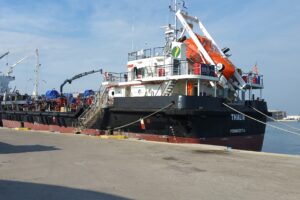 You lost the tender, is it the end of the story? 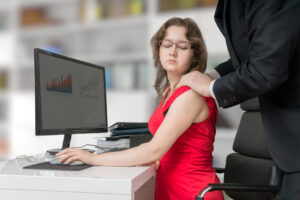