A “parental order” is the way for parents, who are not the child’s genetic parents, to register in Israel as parents by law – an important legal process that also allows same-sex couples to be both recognized as the minor’s parents. But what happens when the other genetic parent wishes to be recorded as a parent? Can a child have three legal parents?
That is exactly the question decided in a case before the Central District Court in Israel in late October, 2019, where married female spouses sought to expand their family unit and one entered with a childhood friend a “joint parenting” agreement which was also approved by the Family Court and received the status of a Court verdict. The agreement set the manner in which the minors will be raised and even explicitly stated that the mother is in a spousal relationship and that it is the parties’ intent that the mother’s life partner will be part of the family fabric and decision-making on the minors to be born. Two children were born and recorded as children of the two genetic parents and then the mother and her spouse sought to record the spouse as another mother, in a way that was also in accordance with the way the children see them both. The father opposed.
Although as year 2000, the Israeli Supreme Court recognized an adoption approved outside of Israel, only in 2012 a Court issued a “parental order” – an order whereby the Court recognized as parents two spouses who lived together as the child’s mothers, where one was the genetic mother who produced the egg and the other carried the pregnancy. In the beginning of 2014 the Supreme Court also recognized joint parenting in the case of surrogacy procedures performed outside Israel. A parental order will only be issued when it is in the best interests of the child and, among other conditions, it is required that the couple are Israeli residents of at least 21 years of age, have been in a relationship for at least 18 months before entering into a “parenting agreement”; The parenting agreement was made before the fertilization procedures were carried out; and the process for parental order was initiated within 90 days from the date of birth. The Court has discretion even when these conditions are not fully met, but there are other indications for the connection between the parties and the best interest of the minors.
But what about a case where three wish to be recorded as the minor’s parents? Unlike the state of California, USA, for example, where the law empowers Courts to recognize more than two parents of a child if recognition of a parental cell of two is detrimental to the child, or in Ontario, Canada, where the law was amended in 2016 to enable recording of the spouse of a biological parent as a parent, in Israel there is no law allowing this and to the contrary, many laws dealing with parental rights (or the need for parental approval) refer to the existence of only two parents. Moreover, in order to adopt a minor the law requires disconnecting the parental linkage between the biological parents and the minor prior to granting the adoption order and a bill filed at the Knesset in early 2018 to allow recognition of more than two parents was not passed. For these and other reasons, the Court held that until the legislator changes the law, a minor can have no more than two legal parents.
While the difference may seem semantic, parenting has many legal meanings, including regarding testation and inheritance rights, financial rights arising from the parental context, rights regarding decisions as to the minor and even more complex issues in case two of the three parents separate. For this reason, there appear to be benefits to performing a surrogacy procedures outside of Israel, although even then it is recommended to be accompanied by the Israeli lawyer who will later file the motion for the parental order and do so as early as the commencement of the surrogacy procedure. That Israeli lawyer will draft the parenting agreement, instruct the lawyer in the jurisdiction of birth as to the documents required for the process in Israel (and for this purpose it is recommended that the Israeli lawyer will also be admitted in the U.S, for example, if a U.S. surrogacy is sought) and will finally deal with the parental order motion and the motion for citizenship of the child in Israel. 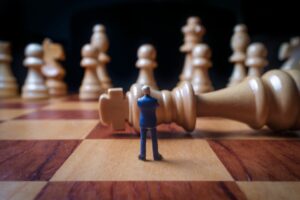 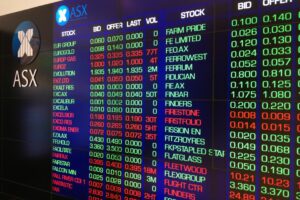