In the crazy days of Spring 2020, when it seems like the world is in the midst of a third world war where all nations are under the Corona virus attack, many business owners, especially those who operated in the dining and entertainment sectors, found themselves at the battlefront. Thus, while a Parisian café and a bourgeois restaurant in Tel Aviv are “in the same boat”, and are forced to close their doors until the storm passes over, the question arises whether high rent may be demanded from a business owner that is forced to close its gates under a government order and whether suspending rent payments in this period constitutes breach of contract.
The well-known rule that “contracts must be honored” ostensibly burdens each of the parties to a contract an “absolute obligation” to meet its obligations or compensate the other party in case of a breach of contract. A breach of contract may result even when the unfortunate circumstances applicable to a party to a contract are not by its own fault. However, when it comes to real estate lease agreements, Israeli law provides the lessee a unique protection in cases of extreme change of circumstances that prevents the lessee from using the leased property in accordance with the purpose of the lease. The law exempts the lessee from paying rent during the time the lessee cannot use the property and even empowers the lessee to terminate the lease. These rights will only be available to the lessee if at the time of entry into the contract the lessee did not know about the circumstances preventing the use and could not have know about such or did not see such and could not have foreseen such and could not have prevented such. In order to prevent the lessee from holding the property free of rent, the law allows the lessor to terminate the lease after a reasonable period of time, unless the lessee has previously waived the exemption the rent.
While the law limits the exemption of rent to cases of total impossibility to use that is related to the lease or the accessing thereto, in the past there have been extreme cases in which the Courts applied a broad interpretation and held that rent is exempted even when the lessee is unable to benefit from leased property as agreed due to external circumstances that are not necessarily related to the property itself. In a Supreme Court case decided in March, 2016, a lessee sought to terminate a lease after police guidelines prevented it from using the leased property for a long period of time due to serious criminal incidents that took place near it. The Court held that the termination of the agreement was duly made and that the exemption under law should be construed as applicable in cases where the lessee is unable to use the leased property, or benefit therefrom, due to external circumstances related to the leased property or access thereto but the prevention may also be legal, and not necessarily physical.
Promulgating special emergency regulations by the government prohibiting the operation of entertainment and leisure facilities such as shopping malls, restaurants, cinemas and gyms, may, ostensibly, constitute a real legal impediment to the use or benefit from the leased property and create circumstances that grant the lessee an exemption from paying rent during these difficult times. It is probable to assume that the outbreak of a global epidemic and the drastic measures taken by the government to battle it were not foreseen by either party at the time of entry into the lease agreement, but nevertheless, it is suggested to consult an experienced attorney who practices in the field before taking unilateral actions because both parties, the lessee and the lessor, must act reasonably in an acceptable manner and with good faith even if there are exceptional circumstances that may jeopardize the entire economy and temporarily prevent the use of the leased property. Such attorney should duly review the set of agreements, as sometimes there are clauses in the lease agreement, or otherwise, that restrict the ability to use the exemption provided by law, such as a bank guarantee that, by its language, may be exercised by the lessor and even if the lessee will later be entitled to receive back the amount collected thereunder, the exercise of such guarantee may damage the lessee. 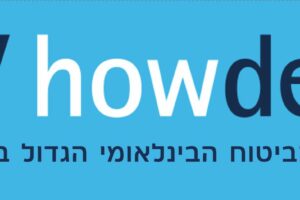 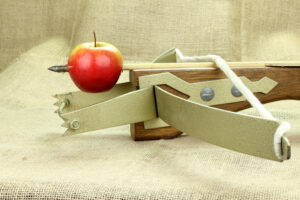 On Wilhelm Tell, Bibi and Contractual Legal Certainty in Israel