A local municipality is liable, at least partially, for debts of a corporation that acts as its long arm
Business, Corporate and Joint Ventures
A company that provided landscaping services to a non-profit organization that served as the local municipality’s “sports department” demanded that the municipality covera debt for work performed at the non-profit’s request and relying on oral promises given to it in which the municipality would take care of payments if necessary. The Court accepted the claim […]

An arbitration clause does not apply to parties that have not signed it even if they are involved in a dispute that is subject to arbitration
Commercial, Banking and Financial
The Verso glasses brand contracted a company held by Israeli singer Omer Adam, to sell the brand in Israel and later opened negotiations for the joint contracting of the Opticana eyewear franchise. The negotiation ended with motions for temporary ordered in Israel and arbitration in Florida, United State of America, opened by Verso and legal […]

A non-Israeli who sues in Israel but has no assets in Israel may be ordered to post a security as a pre-condition for managing the proceedings
International Transactions and Dispute Resolution
A non-Israeli sought to revive a company that was liquidated a few years earlier, contending that he had fallen victim to a case of fraud in the field of “binary options” in which the company was involved (although the date of the contended fraud was after the company ceased operation and commenced voluntary liquidation proceedings). […]

Store owners who matched prices in WhatsApp groups committed a felonious restrictive arrangement
Gaming stores owners have set up WhatsApp groups, in which they coordinated the prices of game consoles such as PlayStation and Xbox and the prices of various video games such as FIFA, which they advertised on the Zap comparative shopping website which allows store owners to update products prices. The Court held that the store […]

Parties to an agreement may limit the right to record a cautionary note
Real Estate
An entrepreneurial company contracted a gallery to sell rights in the property it owns and to establish a joint project in it. Due to dispute that arose between the parties a settlement was formed, under which, inter alia, it was agreed that there is no objection to the recording of a cautionary note in favor […]

An option agreement that did not consider a possibility of corporate restructuring will not be nullified due to that
Business, Corporate and Joint Ventures
In a loan agreement the borrower company granted the lender a warrant that may be exercised in the event of an IPO. Prior to the IPO the company did a restructuring and contended that the lender lost its right to execute the warrant, even though its effect on the company share value was negligible. The […]

Where there is a will, there are relatives – on notarized wills and dementia
Notarial wills and testaments
Parents usually want to make sure that certainly during their lives, but even after their demise, the relationship between their children will be a good and loving relationship, however wills and inheritances are one of the major causes of conflicts between family members. Writing a clear will and in a way that cannot be attacked […]

The right of freedom of speech is a relative and limited right which does not stand in cases of harassment or defamation
Commercial, Banking and Financial
A married couple sought an injunction to prevent harassment by a man who has declared his love for the wife and set up websites and profiles on the Internet in which he published repeated posts declaring his intentions towards the wife and called for her to leave her husband, including statements claiming the husband was […]

A local municipality is liable, at least partially, for debts of a corporation that acts as its long arm 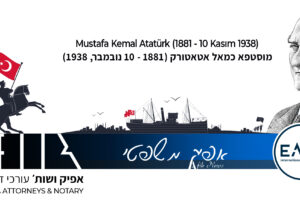 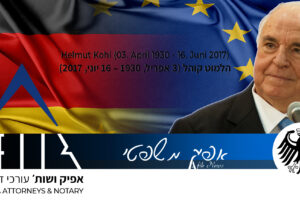