Any lawyer specializing in mergers and acquisitions will agree that the Number One enemy of any transaction are the businesspeople. Indeed, they are the client, they know what they want to achieve, but they are also emotionally involved in the transaction and even if they assumedly speak the same language, each might mean different things. It is thus customary to initiate transactions with a general document, mostly non-binding by nature, defining the transaction’s business terms. Whether we call it a Letter of Intent or Memorandum of Understanding, or describe it by any other name, its main role is to define the boundaries so that the professionals will be able to prepare the set of agreements. However, in some cases, a document like this might unintentionally be deemed binding, with all the ramifications of this.
Israeli law requires only two pre-conditions for the creation of a binding agreement: an offer by one party and an acceptance by the other. Where it is unclear whether the two conditions were met, the intent of the parties will be examined in hindsight and the manner in which the Court construes it based on the document, the circumstances and other terms, may differ from what the parties, or any of them, actually intended in origin. The document’s title (e.g. Letter of Intent), is indeed an indicator for the parties’ intent, but it is not the sole indicator. A document may be titled Letter of Intent and yet contain all of the elements of a binding contract and be deemed as such, whether due to its content or because of the parties’ conduct in real time or thereafter, demonstrating the manner in which they interpreted the document. Thus, for example, a short memorandum of understanding by which the parties acted for a long time without bothering to prepare a comprehensive agreement, may later be deemed an agreement, even where the document noted that it is an interim non-binding document and the parties will yet negotiate a binding agreement.
A case that heard at the Tel Aviv District Court in May, 2019, dealt with a Hong Kong company specializing in business development and creation of joint ventures in China. It engaged with an Israeli company that deals with improving agricultural crops for developing and distributing products to the Chinese market. Negotiations were held toward creating and defining the partnership, during which, inter alia, a Letter of Intent was entered into. In that case the Court found that the fact that the parties constantly negotiated and the document clearly set that an elaborated agreement be executed within a set time, shows that the preliminary document is not a binding contract. However, under other circumstances, the result could have been different. Thus, for example, where a letter of intent is executed by two parties who believe it to be an undertaking, the letter may be deemed binding even if it assumes that certain terms will be agreed in the future, so long as such terms are not essential.
Thus, even if a Letter of Intent or a Memorandum of Understanding is only a preliminary document, it is vital that it is drafted, or at least reviewed, by an experienced attorney, who can ensure that not only the document reflects the intent, but it is also the type of document (binding or not) that parties indeed intended for. 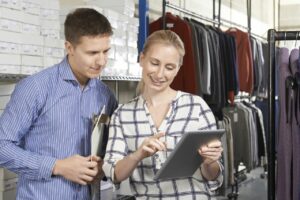 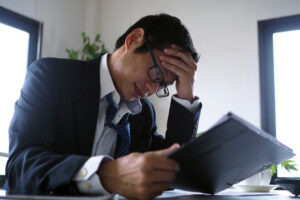 Not any Indemnification Letter Actually does the Work