When the Kangaroo Park at Nir David, an Israeli kibbutz by the Sea of the Galilee, wishes to order food for its residents, it can order it online without even knowing that the manufacturer operates out of Kingscote, South Australia – 13,000 Km southeast of the kibbutz. Nor is it aware that, when purchasing online, it agreed to the website’s terms and conditions under which all legal proceedings will take place only in Adelaide, South Australia. But will such terms and conditions prevent it from filing a lawsuit in Israel if the received goods are defective?
In a world in which e-commerce created a global village (or perhaps, if you will, a global shopping center), issues of jurisdiction become very significant and websites’ terms and conditions usually deal extensively with these issues – terms and conditions which may not necessarily be enforced by the Courts. In order to file a statement of claim in Israel against a non-Israeli respondent, one must demonstrate that the correct forum is in Israel. This can be shown, for example, when the events giving ground to the action occurred in Israel, when events were performed by an authorized representative within Israel or where the parties seek to enforce a contract entered within Israel. When purchasing products or services online, the question of the location of the events becomes fascinating.
A case heard in the Tel Aviv-Yaffo District Court in November 2017, involved an Israeli who purchased tourism services online from an American company where the website terms and conditions clearly stated that any proceedings against it would be exclusively conducted in Texas, USA. The Court held that because the American company clearly provided the Israeli public with access to the website, it is to expect to be exposed to legal actions in Israel. In the said case, the company operated its website in Hebrew, promoted it through Israeli websites, presented its prices in ILS and enabled reservations to be made in Israel. In another case heard in the Disctrict Court of Lod in July 2019, the Israeli Court chose to disregard the website terms and conditions, stating that legal documents may be served to the Dutch tourism company only in Amsterdam, and held that because the company operated a subsidiary in Israel to promote sales to Israeli customers, such is deemed a local branch of the Dutch company and may be used even an address for service of process, despite the website’s terms and conditions.
Thus, international companies conducting business online in Hebrew and selling their products in Israel might be subject to the jurisdiction of Israeli Courts, even where their website explicitly states that jurisdiction shall apply elsewhere. Does this mean that website terms and conditions are meaningless? Not necessarily. A website’s terms and conditions comprise an important legal document that must be properly worded by an experienced lawyer in order to mitigate the business’ exposure to customers, but not all terms will be upheld in each and every jurisdiction. When a business commences operation in a certain jurisdicton (especially where it operates a local branch), it is worthwhile to ascertain that the terms and conditions correspond with the laws of the said jurisdiction and reduce legal exposure as much as possible. 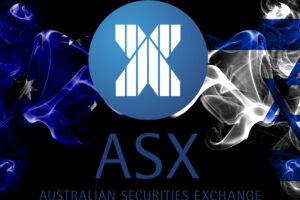 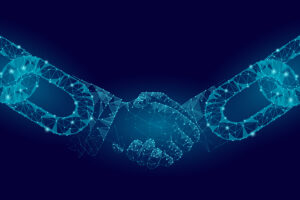