“10 Let no one be found among you who sacrifices their son or daughter in the fire, who practices divination or sorcery, interprets omens, engages in witchcraft, 11 or casts spells, or who is a medium or spiritist or who consults the dead.” states the Book Deuteronomy, Chapter XIX. But what if the dead is a company? A person serves as a director of a company, finishes his duties and continues his other pursuits. 15 years later, the company enters liquidation and the liquidator files a claim on the grounds of negligence in management many years ago. Sounds far-fetched? Not necessarily!
“And in this faithlessness the hand of the officials and chief men has been foremost.” (Book of Ezra 9,2) – In December 2019, the Israeli Supreme Court issued a holding allowing a claim against a manager of a company in liquidation for actions that took place 15 to 22 years before the claim was filed. The liquidator filed at the end of 2017, five years after his appointment as liquidator and 7 years after the company entered into liquidation proceedings, a claim against former executives alleging that the company was fraudulently managed by them, or that they at least were negligent and took unreasonable risk, in the years 1996-2002 (i.e. 15-22 years earlier). The Supreme Court held that indeed the Israeli Statute of Limitation block any claim, other than in real estate, after 7 years, but a claim does not begin to mature until the holder of the right of claim knew or should have known of it. In the case of a corporation in liquidation, insofar as prior to the liquidation process organs of the corporation “whose hands were not in this unfaithfulness” did not know of the facts raising the claim against the other officers and such facts could not have been discovered with due diligence of an “innocent” organ prior to the liquidation, the Statute of Limitations would not begin to be counted until the date the liquidator knew, or could have known, of the cause of action. This applies even if, in another situation, the Statute of Limitations had already lapsed when the corporation entered liquidation.
In contrast, in a holding given by the Tel Aviv Economic Court in February, 2020, the Court surprisingly ignored the caselaw set only a few months earlier by the Supreme Court, but reached a similar conclusion. In that case, a trustee for debentures was appointed as a liquidator of the company and after two years filed a claim against former directors of the company for breach of fiduciary duty and the duty of care 9 to 13 years before the claim was filed. The Court rejected the claim without going into its merits because, at the time of filing for creditors’ meetings and a trustee appointment to formulate a settlement in 2011, the debenture holders (or their trustee) knew of the grounds for the claim and thus appointment of the liquidator does not reset the Statute of Limitations.
If I were cynical I would say that if you intend to steal money from the company you run, you should make sure that an innocent third party knows about it, so that entry into liquidation after seven years will not reset the Statute of Limitations. Without the cynicism, it should be noted that when a company enters into liquidation it is important that the former managers cooperate with the liquidator. In the Supreme Court’s holding, a contention of undue delay was raised. The manager contended that the liquidator (like many other liquidators who are appointed but linger months and years in their work because the Official Receiver and the Courts do not really properly supervise the operation of liquidators in Israel) lingered for over 3 years between the directors’ investigation and the filing, but the Court rejected the contention due to lack of co-operation of the managers with the liquidator, which delayed the process of clarification of the relevant facts required to file the claim. Thus, it is important to cooperate with an appointed liquidator, inter alia in order to prevent the ability to file lawsuits later, and in any case, it is important for executives to be represented by attorneys who specialize in the field and can assist already from the initial stage of the liquidation process and not only when a lawsuit is filed against the directors, sometimes months or many years later. 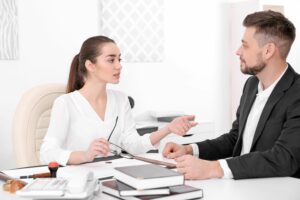 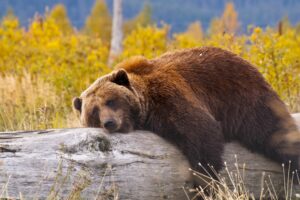 On Bears, Loans and Employment