An employee may be entitled to compensation if not afforded a chair during work time and break time
Labor Law and Immigration
A restaurant hostess was required to work long hours standing up without any possibility to sit, and the work area did not even have a chair on which she could sit during work time.

A developer may make commercial use of facilities that were excluded from the joint property
Real Estate
Purchasers of vacation apartments in a prestigious that included a pool, sauna and a gym discovered that the developer listed these as its property and not part of the common property, operates a Country Club project and insists on charging them entrance fees.

Consent to exclusive jurisdiction of a Court in a certain jurisdiction will usually be upheld in Israel
International Transactions and Dispute Resolution
An Israeli distributor engaged in a distribution agreement with a communications equipment supplier.

A company filing a claim will usually be required to deposit a guarantee for the expenses of the defendant
Business, Corporate and Joint Ventures
An Israeli company provided commercial services to a foreign public company traded on the London Stock Exchange, which is currently engaged, among other things, in developing technologies related to the diamond online trading scene, as well as a software provider for projects related to the blockchain worlds.

Lasting Power of Attorney– a Shield that Might Turn to a Double-Edged Sword
Intergenerational Transfer (Trusts, Estates and Lasting Powers of Attorney)
An lasting power of attorney is an extremely important legal tool that enables an individual to ensure his life routine even when he is no longer competent, whether due to a disease, dementia, an accident or otherwise.

Cancellation of a material clause of a contract automatically cancels its sub articles
Commercial, Banking and Financial
Contracting company won a tender to execute works and signed a contract with the company managing and auditing the tender on behalf of the state, based on a shelf contract (governmental contract). 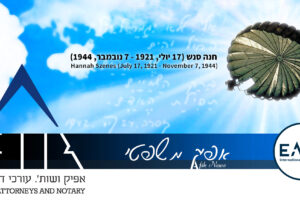 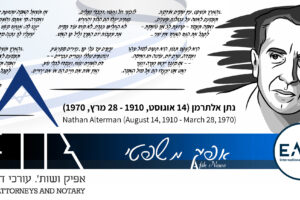