Defects in an apartment that were not disclosed or repaired by the lessor may justify a cessation of payment of rent
Real Estate
A lessee was forced to leave an apartment due to multiple defects which prevented him from using the apartment.

Engagement of an employer with a single shareholder company held by an employee does not by itself prevent employer-employee relationship
Business, Corporate and Joint Ventures
An employee of a financing company founded a company that deals with project financing and supplied services to the employer and then resigned.

COVID-19 is not ground for exiting a contract if it is not possible under its terms
Commercial, Banking and Financial
Lessees who ceased to pay rent sought to prevent forfeiture of the guarantee given as part of the lease agreement, contending that the COVID-19 crisis amounted to a frustration of the contract, but on the other hand refused to vacate the property.

Corporate control agreements – cooperation or coercion?
Business, Corporate and Joint Ventures
Two entrepreneurs incorporated a company and want to ensure their control over it even after the entry of investors.

A person can not be recognized as a third parent but contractual rights regarding the child may be recognized
Parentage, Surrogacy and Adoption
A man and a woman decided to conceive a child as co-parents.

A person is personally liable for transactions made through its business if not a corporate
Business, Corporate and Joint Ventures
An Australian company purchased goods from an Israeli supplier, who issued receipts under its private tax file, but the goods were never supplied. 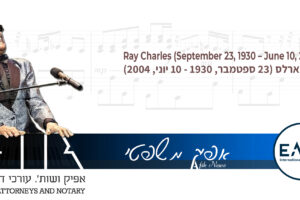