A person wants to ensure that he leaves his heirs assets after his demise. A will is always a possible solution, but how can one make sure that he may use the assets as long as he lives, but until the time of his death creditors will not be able to touch the assets if the unexpected happens? This is where the trust institution enters into play.
Israeli law uses one word – “neémànut” – to describe both the institution of trust and the holding of an asset in escrow for another without discretion. However, any connection between these two concepts is strictly coincidental and it is important to distinguish between the two. Another common mistake is to see the trustee and the trust as one, but these are completely separate entities.
An escrow is a situation in which a person holds an asset for another, such as in the case of an attorney who holds money from the sale of an apartment in escrow until the transfer of ownership. The asset does not belong to the escrow agent but to the beneficiary who may at any stage instruct the escrow agent how to act. Creditors of the beneficiary may at any time act against the asset to settle debts of the beneficiary and both from the legal and tax aspect there is no real meaning to the escrow beyond the fact that the holding by the escrow agent may give certain technical advantages (e.g., the beneficiary’s inability to transfer ownership of the asset).
A trust, in contrast, is a legal institution essentially similar to a corporation. The creator of the trust (known as “settlor”) transfers to the trust an asset (“res”) and at that moment the ownership of the res moves to the trust and the settlor leaves the picture completely – he is no longer the owner of the res and he does not own the trust. The trustee is in fact the trust manager (similar to a director in a company) but the trustee is not the same as the trust and the trustee is certainly not the owner of the trust or its assets. The beneficiary also does not own the trust or its assets and cannot instruct the trustee how to act. The trustee is an independent functionary with full discretion with respect to the managing of the trust assets and may act in any manner, unless the trust deed limits the discretion or instructs on how to act. Although Israeli law allows only a trust created by law, according to a contract with the trustee or by a trust deed, the Israeli Supreme Court adopted the Common Law concept of an implied trust – when it can be seen in retrospect that the parties intended to create trust relations, even if they did not enter a written agreement.
One case in which a trust is an effective tool is the testamentary substitute trust. In such a case, a person transfers assets to the trust while he is still alive, and determines in the framework of the trust deed how the trust will be maintained as long as he is alive and what will be done after his demise (either by replacing the beneficiaries or by ending the trust and transferring the remaining assets to the same or other beneficiaries). In such a case, the Israeli Supreme Court held that because prohibit transactions in future succession this can only be done by means of a deed of trust executed before a notary public. The main advantages of such trust, when duly made (and the author of this article serves as a trustee in several such trusts), is that it removes the res from the settlor’s estate and ensures that even if something happens in the future, the heirs are protected.
Note, that because the trust in general, and certainly the testamentary substitute trust, are very complex tools, it is vital to do so through a notary public and a tax consultant who are not only knowledgeable in the field but also have practical experience in managing such trusts.

Taxation of payment for a non-compete obligation 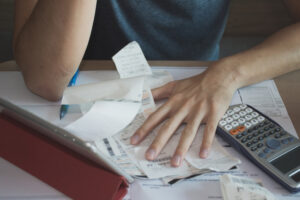 Set-Off Right against a Company in Liquidation