For Israeli companies looking to commence or expand their overseas operations, Australia is land of opportunity and can serve as a gateway to doing business in the broader Asia-Pacific region and may even be a good spring-board to the American and the Commonwealth markets. Having decided to enter the Australian market, there are a number of important matters to be considered before actioning that decision.
A foreign company cannot carry on business in Australia by way of a foreign branch unless it has registered to do so with the Australian Securities and Investments Commission (ASIC) or is in the process of doing so, or has established or acquired an Australian subsidiary company which is registered with ASIC.
• Incorporating or acquiring a company: The most common corporate structure in Australia is a company limited by shares. A subsidiary company of a foreign corporation is typically established by registering a new company or by acquiring a recently incorporated shelf company which has not yet engaged in trade. The new company will typically be either a proprietary (private) or a public company.
o Proprietary (private) company: Is typically used as a subsidiary of a foreign-owned company and is subject to certain restrictions that don’t apply to public companies. Features include: may not have more than 50 non-employee shareholders; must have at least one Australian resident director; except in very limited circumstances, cannot engage in fundraising activities that would require the issue of a prospectus or disclosure document; and unable to list on the Australian Securities Exchange (ASX). However, a private company can undertake a relatively simple procedure to convert to a public company to enable a listing.
o Public company: Is typically used for larger public ventures. Features include: unlimited number of shareholders; must have at least three directors, two of whom must reside in Australia; may issue a prospectus or disclosure document for the raising of capital, subject to the securities law applying in the country(s) where the company is proposing to issue shares; and able to list on ASX.
If an Israeli company is looking to list on the ASX, one method is to incorporate an Australian public company (ListCo) which serves as the listing vehicle. Immediately prior to listing, ListCo acquires all of the shares in the Israel company from its shareholders in exchange for the issue of equivalent shares in ListCo to those same shareholders. The other method is for the Israeli company to list directly on the ASX. There are legal issues involved (e.g. a question of which Court will later have authority in case of a claim by shareholders) and different costs (e.g. incorporating an Australian company will require double accounting), but the main element to be considered will be the appetite of the Australian (private and financial institution) investors to later invest in a non-Australian company. This is an issue to be decided with the broker who takes the company public (and is also hard to study from statistics of other Israeli companies that went public, because there are also other elements that have affected their trading).
• Australian branch: An Israeli company may regard the establishment of an Australian branch to be preferable to incorporating a subsidiary if one of the objectives is to consolidate the financial results of the company in the place of residence of the overseas company. If an Israeli company chooses to open a branch office in Australia, it must be registered with ASIC as a foreign company doing business in Australia. On registration, the foreign company receives an Australian Registered Body Number (ARBN). Once registered, the Australian branch of the Israeli company must lodge the company’s annual accounts and comply with other reporting requirements required by ASIC.
• Representative office: If an Israeli company does not wish to register as carrying on business in Australia, it can still choose to establish a representative office to engage only in activities which do not amount to, or form part of, the carrying on of the relevant business in Australia (for example, undertaking promotional activities or having a nominated person handle enquiries regarding the Israeli company). If the representative office engages in real business activities it must open a branch, as described above.
Choosing a structure by which to enter the Australian market is an important decision and it is always advisable to obtain specialist advice before doing so. In the case of an Israeli company wishing to operate in Australia, there are many advantages to using an Australian qualified attorney residing in Israel, who can advise in the Australian language (spoken and cultural) and in the same time-zone comfortable for the Israeli company. 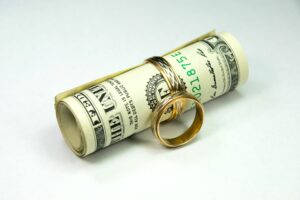 Of Agreements, Marriage and Common-Law Marriages 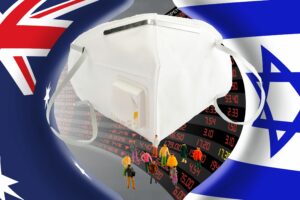