“Possession in nine tenth of the law”, but what happens when possession is given to a contractor performing a job for the owners of the property but later refuses to return it? Imagine a scenario where owners of apartments in an apartment building enter an agreement with a contractor for the purpose of doing construction on the building. In the event that the relationship turn sour, does the contractor have a lien on the property and may refuse to return it to the owners? May he prevent the owners from returning to their apartments?
A contractor lien is the right of service providers to take the law into their own hands and, in effect, use “self means”, without the need to approach the Court. It allows the service provider to refuse returing property until settlement of a debt for the services provided, thus applying substantial pressure on the owner.
Many tend to believe that the right of lien is limited to “movables”, but this is a narrow view as, in fact, the right of lien can apply to a wide range of assets, including land, buildings, factories etc. If I take my car to the garage for repair and later refuse to pay for it, the garage owner is within his rights to refuse release of my car to me. However, when it comes to an apartment, a piece of land or a building, we find it hard to believe that a contractor performing tasks on the property will be able to prevent me from entering my property upon a disagreement on payment for the services. However, this action is certainly within the contractor’s rights under certain circumstance.
Undoubtedly, when it comes to real estate, the right of lien becomes a substantially important right allowing the contractor to exert considerable pressure. Even more so, when taking into account that the right of lien is considered an especially strong right, granting the contractor preference over other creditors (even those who have a mortgage over the property, such as banks). It can also entitle a contractor to various fees and payments for the duration of the lien such as betterment payments and maintenance and safeguarding fees.
Seemingly, a contractor is entitled to execute the right to lien whenever such believes payment for his services has not been paid, and does so simply by keeping the property. However, if a contractor placed a security guard at the entrance of the construction site or simply changed the locks on my apartment and left the premises, does this count as executing a lien? The answer is – not necessarily. The right to impose a lien requires continuity and once possession is broken – there is no turning back. It is a lot like those strange contests in which the competitors are required to place a hand on a car and the last person remaining in physical contact with the car wins it. In order to impose a lien, the contractor must demonstrate active presence at the property and even performance of tasks (the presence of equipment, workers etc.). Similarly, a case brought before the Tel Aviv Court in 2013 dealt with a contractor who stopped working at the site, locked the gates and simply walked away. The Court held that the contractor was not actively in possession of the property and thus the lien lapsed.
The contractor does not have a lien for debts that are not directly related to the same asset. Thus, if an owner has a contractor operating in several of his properties on different projects, the contractor can not contend the existence of a lien on a different property than the one for which the debt exists, unless showing that all projects are the same transaction.
How can one prevent the problematic outcome in which a contractor holds a lien due to a financial dispute? The answer is – by an explicit written agreement between the parties, prior to the contractor beginning the work on the site, according to which the contractor does not have a right of lien on the property. Such an agreement prevents the contractor’s right of lien on the property and ensures that the owners will receive their property back. Of course, it is important to have such an agreement drafted by an attorney specializing in the field and most importantly, not to settle, especially when dealing with complex projects, for an agreement sent by one of the parties, without receiving legal counsel specific to the deal at hand. 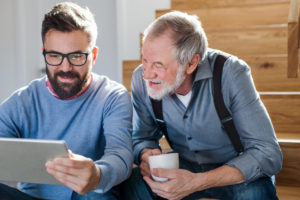 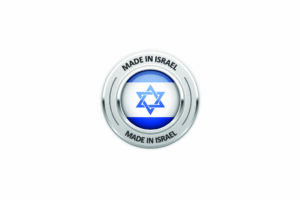 My favorite tenders are blue and white