Creation of a partnership does not require a written contract but in its absence it is required to show agreement and behavior as partners
Maritime, Aviation and Transportation Law
A Greek shipping company leased a ship to a Turkish company with a crew to operate a regular shipping line between the ports of İskenderun (Turkey), Haifa (Israel) and Port Saíd (Egypt). Among other things, the Turkish company transported trucks loaded with goods to the port of Haifa, from which they crossed by land to […]

Cancellation of tender – the thin line between legitimate and unreasonable
Public Law, Environment and Tenders
An article on the ability of the Tenders Committee to cancel a tender after opening the bids and then launch a new tender. The article was written by Adv. Yair Aloni, from Afik & Co.

In order to prevent deceptive similarity between two competing marks it is enough to limit the similar mark in a manner which will prevent such deception
Commercial, Banking and Financial
The owner of a registered trademark requested the deletion of a competing mark, due to the such bearing a close resemblance to the existing mark, amounting to the marks being deceptively similar. The Trademarks Registrar held that the competing mark was indeed deceptively similar. However, instead of ordering the mark erased, the Registrar ordered that […]

A claimant company in liquidation is required to deposit a guarantee to secure expenses of defendant
Business, Corporate and Joint Ventures
Office Depot (Israel) Ltd.’s liquidators filed a claim in the amount of ILS 50 million against some of the company’s officers. The Court held that the company must deposit an ILS 200,000 guarantee, because the fact that a company is in liquidation has an effect on the amount of the guarantee, rather on the need […]

Sale of asset on the 15th day of publication of a bettering zoning plan is not subject to land betterment levy on such plan
Taxation and Government Incentives and Funding
An apartment seller in Tel Aviv was required to pay a land betterment levy in the amount of approximately ILS 400,000 as a result of the approval of the Tel Aviv Quarter 3 plan. The Land Betterment Levy Appeals Committee accepted the appeal and held that at the time of the transaction the plan had […] 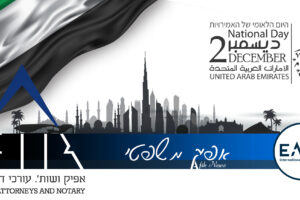